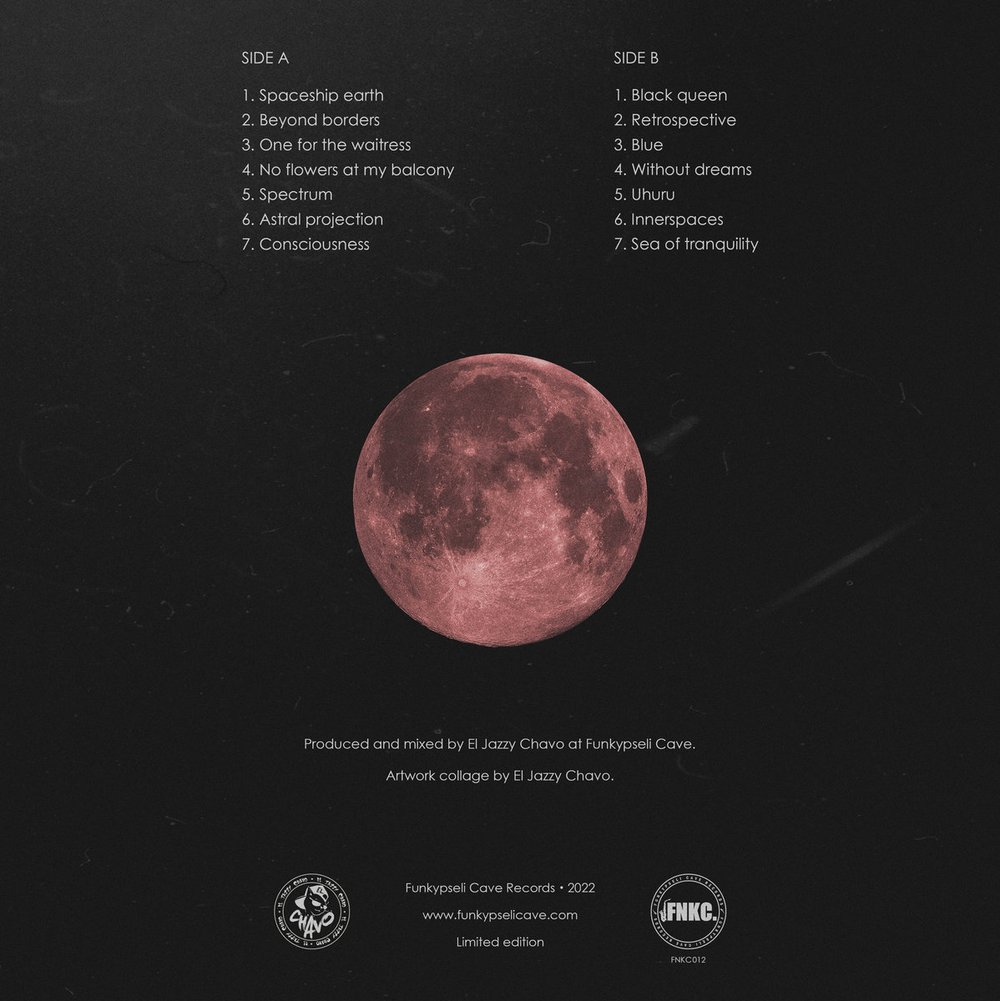 ***Please note: This is a pre-order!
Shipping out on or around March 31, 2023 from London, UK to worldwide.
Combined shipping with other merch not recommended***


'Echoes From Another Cosmogony' by El Jazzy Chavo

Re-issue from the original masters of this classic album.

'Echoes From Another Cosmogony' is comprised of instrumental tracks created in traditional ways of Hip-Hop production, reminiscent of the times when the culture thrived. It contains 14 sample-based instrumental head-nodders with spacey, atmospheric soundscapes and dusty drum breaks.

The album was released in February, 2019 in a limited edition of 300 copies via Funkypseli Cave Records. It quickly somehow became well-known on the beatmaker scene circles and was sold out globally in about 6 months.